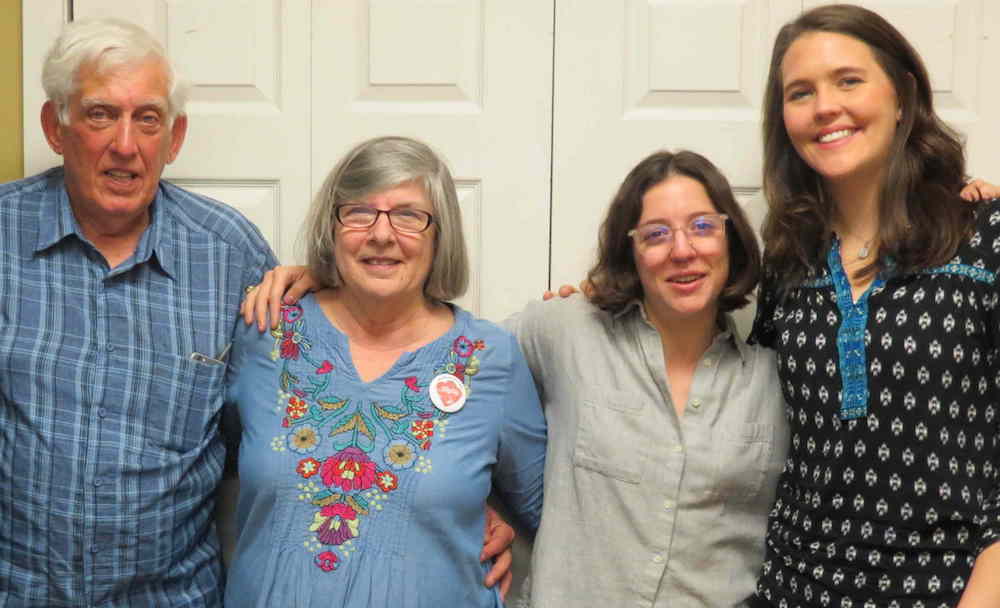 Thorne Dreyer's guest host Alice Embree interviews three Texas organizers for a Green New Deal. Her guests are Kelly Williamson, Jere Locke, and Madeline Detelich. On February 7, 2019, Congresswoman Alexandria Ocasio-Cortez and Senator Ed Markey introduced a congressional resolution proposing a Green New Deal. The plan simultaneously tackles economic inequity and climate change, with the intent of making the U.S. carbon-neutral, with net zero carbon emissions in the next 10 years. The Green New Deal will require massive change, but is aimed at engaging vulnerable populations in the planning and ensuring that they will be the beneficiaries of a new green economy. Texas activists are working at the state level with legislators to draft a Texas Green New Deal as well. Kelly Williamson is an American citizen, born and raised in Latin America. A resident of Austin, she is involved with 350 Austin and Indivisible Austin. Jere Locke is a Houston native living in Austin. He was a Peace Corps volunteer in Kenya and co-founder of the Texas Fair Trade Coalition. Madeline Detelich is a UT student in environmental engineering and public affairs and is active in Austin DSA (Democratic Socialists of America).Photo above: Jere Locke, left, guest host Alice Embree, Madeline Detelich, and Kelly Williamson. Photo by Roger Baker / Rag Radio. Rag Radio is produced in the studios of KOOP 91.7-FM, an all-volunteer, cooperatively-run, solar powered community radio station in Austin, Texas, in association with The Rag Blog and the New Journalism Project, a Texas 501(c)(3) nonprofit. It is streamed live on the Internet at KOOP.org and Radio Free America. The host and producer of Rag Radio, Thorne Dreyer, is a prominent Austin-based activist and writer who was a pioneer of the ’60s underground press movement. The show’s engineer and co-producer is Tracey Schulz and the staff photographer is Roger Baker; Suzy Shelor is Rag Radio associate; Alice Embree is guest host; and Glenn Smith is our political analyst. The syndicated show is broadcast (and streamed) live Fridays, 2-3 p.m. Central) on KOOP, and is later rebroadcast and streamed on WFTE-FM in Mt. Cobb and Scranton, PA., on Houston Pacifica's KPFT HD-3 90.1, by KKRN, 88.5-FM in Round Mountain, CA, and at WALHRadio.com in Wilmington, OH -- and as a featured podcast at Veterans Today. Learn more about Rag Radio here.